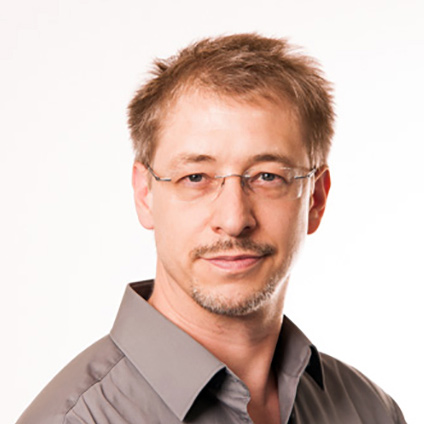 Visionary and CEO of the company, Mosebach is in charge of the strategic orientation of the company and the goals of the operational business.

He then completed a three-year-course at the approved vocational college KNS in Munich with a state exam in 1997 while simultaneously receiving training in three careers. He then graduated from the Faculty of Physical Education, Health and Sports Sciences of Technische Universität, Munich.

Mosebach specialized in parietal, visceral and cranio-sacral osteopathy. In 2000 he once again took up his studies at the Federation for Osteopathy and Holistic therapy (Medizin und Lebenskunst Akademie) in Munich and in addition graduated as a natural health professional after taking a two-year-course.

In 2001, a separate interest led him to gain the necessary qualifications as a psychological profiler with the American FAA and as a safety adviser for the German Chamber of Industry and Commerce IHK.

Since 1997, he has worked as a sports and gymnastics instructor and therapist in various health facilities and medical practices. In 2004, he became the first osteopath with his own health centre at a Munich private orthopaedic clinic and expanded his insight into the economic interrelationships in the health care system.

In 2008, he was the founder of “amanu”, Germany’s first medical health centre. For the first time, interdisciplinary co-operations were now developed between doctors and therapists from various disciplines who treated patients from all health insurers under one roof.

He now is an entrepreneur, osteopath and health manager.

Together with Gisela Knapp he founded ruhepol health organization GmbH in 2011 from his individual enterprise RUHEPOL (founded in 2000) to operate as Germany’s think tank for citizen-oriented health care solutions in Germany and worldwide.

In 2014, he was a founder and is co-partner of medinout GmbH & Co. KG, the web-based international information and data platform for health issues.